We are Will and Melodie Bridges. Will grew up here in Florence and I moved to Florence when I graduated from Hartselle and attended UNA. We met at UNA and have been married since 2003 and have 2 girls, Callan and Lizzie, and a boy, Walker. They are very helpful at Wee Swap and spend more time working with us than they want to.

We didn’t set out to be in the consignment business but God has a funny way of placing you exactly where you are supposed to be. I started working with Wee Swap around 2010 as a worker and then soon found myself doing some marketing work for the former owners, Lou Ann Mitchell and Lea Snell. That was then followed by a few years tagging items for Drop and Run. Lea eventually sold her part to Lou Ann and then in the fall of 2017, Lou Ann and I switched places. I took over the business as owner and she took over Drop and Run. Both of us feel like we got the best end of the deal. Thank goodness, both Lou Ann and Lea still help out each sale!!

If I’m not at Wee Swap, I’m home with my kids but I also sell Pampered Chef and homeschool our oldest. Our family loves to travel and we also share a love for mission work. Even our youngest has been doing mission work since he was 1. We’ve spent some extended time on the island of Antigua over the course of several years and have formed bonds there that make us long to go back. We’ve also been to Estonia and Germany as a family spending time with missionaries there. Will has spent even more time doing missions in Peru, Switzerland, Brazil, England, Zimbabwe and Mexico. It’s a big part of our life together and we are grateful to be bringing our kids up experiencing other cultures and forming relationships around the world as well.

We are thankful for Wee Swap although it’s a love/hate relationship. God has blessed us to be in the right place at the right time as far as taking over the business but it’s a lot of hard work. I’m very thankful to have a supportive and hard-working husband and very resilient kids who have an extreme amount of patience two months out of the year.

Will calls it my “Wee Swap brain”. It’s similar to pregnancy brain which I’m sure many of you sympathize with. Thank you so much for being a part of this business. Half the fun is just seeing consignors and shoppers sale after sale and catching up on children who never seem to stop growing. We appreciate all the support the community has provided for Wee Swap! 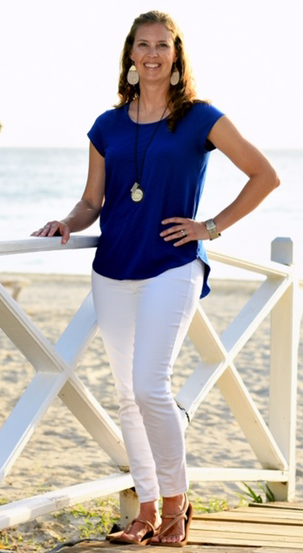